One of the great joys of traveling with students is the opportunity to share in new experiences. It is the food, the culture, and the people that make each destination special unto itself.

Although it is not known for its culinary offerings, Britain has many unique foods to offer. Meals can be the highlight of any student trip to the United Kingdom, if you know what to get! Dine on anything from hale and hearty main courses to delicious dessert sensations. There is plenty to delight even the most discerning students traveling in your group.

These ‘Best of Britain’ dishes showcase some of the most popular and exciting foods they have to offer. Try these downright delicious meals on your next student group trip to England and the United Kingdom!

This iconic food is arguably Britain’s most well-known dish. It is as synonymous with the country as Big Ben and the Queen. Available from any local ‘chippy,’ the fish is often cod, coated with a simple water and flour batter, and deep-fried until crisp and golden. It is then placed atop a stack of ‘chips.’

Eat it right out of the paper with a liberal coating of salt and malt vinegar for the authentic British experience. 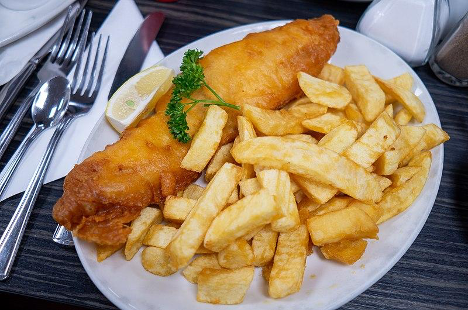 If you’re going to ‘go the whole hog’ with your fish and chips, then you’ll need to add a side of mushy peas to your order. These are dried, marrowfat peas soaked in water and baking soda then boiled until soft. Seasoned with salt and pepper, and sometimes mint, they have a fresh and original taste.

You can eat them independently like a bowl of thick pea soup. Even better, mushy peas are traditionally served with fish and chips. They can be thought of as a condiment to make chips more interesting! 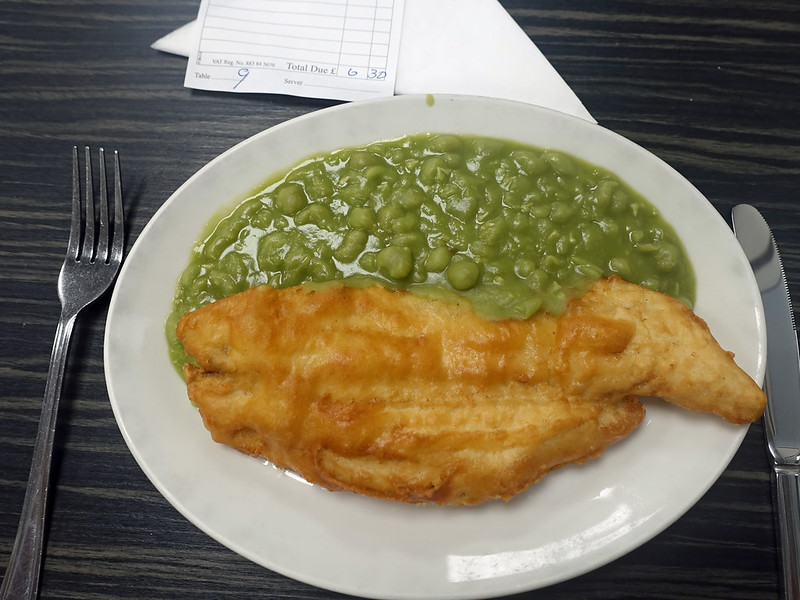 A proper British ‘fry-up’ takes the old saying that you should breakfast like a king to the extreme. There are many regional variations of this. The typical components of this dish are bacon, sausages, eggs, baked beans, tomatoes, and mushrooms. Savor your breakfast with hot buttered toast and a ‘builder’s brew’ – strong black tea with milk.

If you are feeling particularly brave, opt for the black pudding. This is a type of blood sausage with fats and oats. Those who can look past the ingredients praise its dark, salty, and unique flavor. 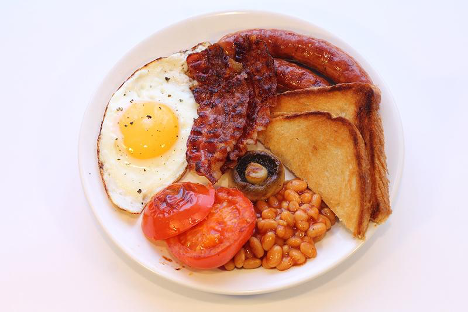 Toad in the Hole

This traditional English main course consists of sausages cooked in Yorkshire pudding batter (eggs, flour, milk, and fat). Vegetables and gravy often complement it. The unique name is because the sausage sticking out of the batter is said to resemble a toad peeking out of its burrow. Rest assured that there is no record of this dish ever actually containing toads. 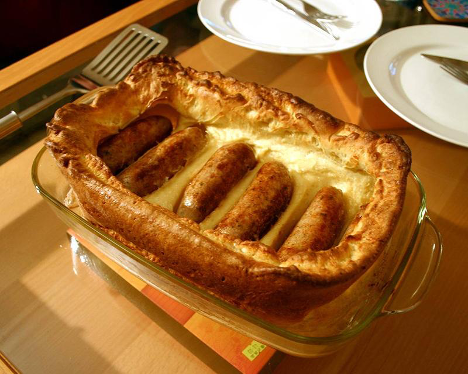 The British classic bangers and mash is considered the ultimate comfort food and very best kind of ‘pub grub.’

The dish includes sausages and mashed potatoes. It is usually served with peas and onion gravy.

Rumor has it that the term ‘bangers’ originated during the First World War. Food shortages meant that sausages were made with several different filler ingredients. One of these fillers was water, which caused them to explode when cooked. 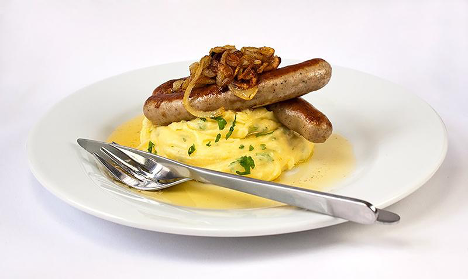 This risqué sounding steamed pudding is traditionally made with suet and dried fruit. It is then topped with a generous helping of creamy custard. The spotted part of the name refers to the fruit, while many believe ‘dick’ derives from the word ‘dough.’

You can find this dessert in restaurants across the country. It’s perfect for warming up on a crisp winter’s evening. 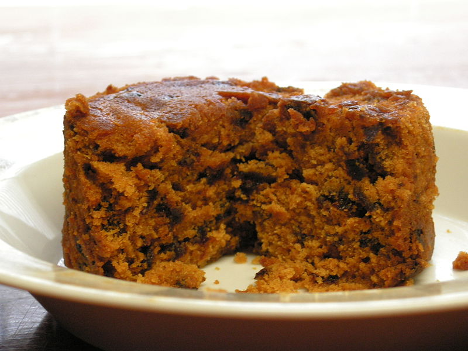 Known locally as a “cream tea.” This is an afternoon treat that is best enjoyed in a sunny park or traditional English garden. The light scones are served with strawberry preserves or ‘jam’ and clotted cream – a thickened cream with a rich flavor and silky texture.

Whether you put the jam on first or the cream is totally up to you (the flavor is distinctly different each way). Just don’t ask the locals unless you want to end up in the middle of ferocious debate. Also, be aware that there are two ways of pronouncing scone (rhyming with ‘gone’ or ‘own’). This, too, is the subject of much controversy! 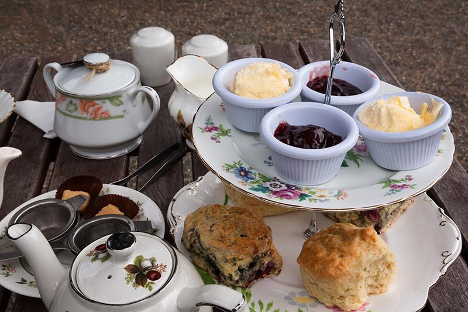 We're anxious to help you, but we'd like to get to know you a little better first.

To create a custom itinerary for you and your group, we need to ask a few more questions.

Schedule A call Fill Out A Short Survey